We are a reputable, regional construction company based in the Thames Valley with clients throughout the southern and home counties.

Working across a diverse range of sectors, from small, individual developments right through to major design and build contracts, we specialise in delivering quality projects. Our reputation is built on combining first-class service with quality workmanship and we pride ourselves in achieving the very highest levels of customer satisfaction.

'Building on Excellence' since 1972. Established in Newbury, Berkshire in 1972, Feltham Construction was founded on the key principle of providing first-class customer service. It has since built itself an impressive reputation for delivering high-quality projects across the southern counties. Throughout the years, this privately-owned construction company has drawn on the expert knowledge and experience of its staff to grow and expand into new industry sectors, including commercial, education, social housing, leisure, healthcare and retail. Now a well-respected, regional construction company with a £50 million pound turnover, the company remains located in Newbury in its own offices aptly named Feltham House. The company boasts a wealth of major clients, including several regional Housing Associations, Local Authorities and Independent Schools and continues to pride itself on its significant amount of repeat business. The company's success is built on its belief in quality work, attention to detail, on-time completion, strong working partnerships and the recruitment of top-level staff. Feltham Construction's founding principle of providing first-class customer service has always been its top priority and the company remains dedicated to achieving the very highest levels of customer satisfaction in every project that it undertakes.

Why work with us ?

We build positive, long-term relationships with our clients, we understand the needs and requirements of every customer. We pride ourelves on repeat businsess and we receive a high level of recommendations and repeat business from a number of organisations and Clients.

"Whilst there have been some tricky hurdles to get over, all members of Feltham's staff have been as accommodating as possible and have in my opinion gone that extra mile on occasion, when they could have refused. The Contracts Managers have been proactive in responding to queries and responding to complaints from local neighbours. Overall I am happy with the outcome of the schemes and would be happy to recommend Feltham Construction for similar projects." - Project Manager at  A2Dominion Group.

"It’s a shame you don’t have “excellent” as a category, as many of the scores would have said this. The performance in particular of the Site Manger and the Contracts  Manager, together with the Managing Surveyor was excellent – no issues on communication, timeliness, attention to detail or anything else. We would happily re-engage them on another suitable projects."  - Bursar at Queen Anne's School, Reading.

"Feltham performed very well on this complex building and were particularly helpful in squeezing time frames by enabling early access to theatre fit out specialists who were outside their contract and in catching up on delays caused by design changes etc.  They were also exemplary in their understanding and performance in meeting the particular needs in a school environment."    -Bursar at Pipers Corner School, High Wycombe.

"The School is delighted by the standard of finish on the new Project. It was a complex site, within the middle of  very busy working School, which was diligently managed and developed with good communication at all times." - School Surveyor at Magdalen College School, Oxford.

To be a highly respected regional construction company in our sector, upholding our recognised reputation for customer service, project management, quality and operational efficiency.

We are open, honest and transparent. We believe in ethical, fair and dependable construction service provision.

Keeping people safe from harm, providing a healthy working environment at all times. We also ensure health and safety through our continual staff training and adhering current legislation and regulations. Our commitment to safety is demonstrated through our CHAS accreditation.

Our success is built on team relationships. Working as one team to project delivery. The team includes our clients, work colleagues, supply chain and the communities in which we work.

We strive for excellence, and doing work right the first time. Our reputation depends on our delivered value in the eyes of every customer and community.

We build positive, long-term relationships with our customers, joint-venture partners, subcontractors, suppliers, and colleagues that are built on trust, respect, and collaboration.

We develop and innovate. We listen, learn, and seek out the best ideas. We use Deltek PIM software with real time information access across the team.

We improve the quality of life in communities where we work by respecting local cultures, engaging local people, and protecting the environment in accordance with our ISO 14001 Environmental Management System.

David has been with Feltham Construction since 1988 and is one of the Company’s longest serving members of staff. Starting as an Assistant Surveyor he has successively been promoted to positions of Managing Director of two group subsidiaries before his current role as Group Chairman and Company Secretary. As an integral part of the management team, David has seen Company growth increase from twelve staff and turnover of £6m in 1988 to the one hundred staff and £50m turnover of today. David is married with three daughters. His interests include travelling, triathlons, IT and he is a keen supporter of Reading FC when they are winning. 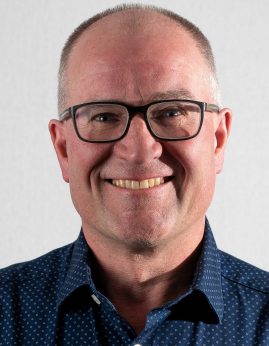 Andy spent his early working years employed by two major international contractors based in the UK. During this period he continued his professional studies and in 1991 Andy graduated as a Member of the Chartered Institute of Building. In 1996 Andy joined Feltham Construction as a Contracts Manager but was soon promoted to Construction Director (1998). He is now the Group Managing Director (2011). Andy is married with a son and daughter and is a keen sportsman. He actively plays squash and golf, but is now only able to enjoy his favourite sport of football from the side-lines. 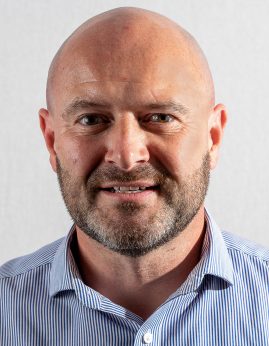 Richard worked as a surveyor for a national contractor in the UK for 5 years before he joined Feltham Construction in 1999. Since then he has been successively promoted to Main Projects Managing Surveyor (2005) and Main Projects Surveying Director (2009). In his current role as Commercial Director, Richard oversees the Company’s Estimating and Buying functions, as well as the integrated commercial aspects of the company. Richard is married with a daughter and son and is a keen footballer, albeit his time and efforts are now more concentrated on his children’s sporting abilities.

Leigh joined Feltham Construction as Construction Director in 2004. One of his main responsibilities at Feltham Construction is to manage the Construction output of the Main Projects Division. He is also the Director appointed with responsibility for Health and Safety. Leigh is a member of the Chartered Institute of Building and has an invaluable source of construction knowledge which he has built up over his 25 year career in the industry. Before joining Feltham Construction he worked for a large contractor based in the South that specialised in Design and Build Contracts for blue chip companies. Leigh has two sons and enjoys climbing, walking and reading.

Chris joined Feltham Construction in 1997 as an Assistant Estimator. After completing his training he became a Quantity Surveyor in the Main Projects division. Following a successful term as a surveyor Chris was promoted to Managing Surveyor (2006) and has recently joined the board of directors as Main Projects Surveying Director (2011). Chris is married with a son and a daughter. He enjoys cycling and is a keen follower of motorcycle sport.

Before joining Feltham Construction, Simon spent 13 years working for a national house builder as a Project Manager and Senior Surveyor. In 2000, Simon joined Feltham Construction as Housing Operations Manager. This role primarily championed the Company’s social housing work on schemes up to the value of £8m. Feltham Construction welcomed Simon to the board of directors as Special Works Construction Director in 2011. Simon is married with a son and daughter. Amongst other things his interests are live music, supporting Reading FC and he recently completed the Inca Trail in Peru.

Peter joined Feltham in 2004 as a Quantity Surveyor. As an experienced and successful surveyor Peter has since been promoted to Managing Surveyor (2009) and has recently joined the board of directors as Special Works Surveying Director (2011). Prior to working for Feltham Construction Peter spent 13 years with two national contractors where he studied and completed Parts 1 & 2 of the CIOB. Peter is married with a son and a daughter. His main interests include motocross, running and he plays guitar in a band.